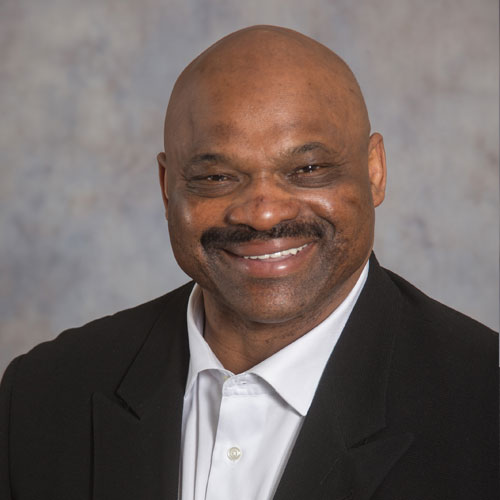 Michael Dean Perry is Partner and Owner in Partners Risk Strategies. In this role, Perry leads strategy to identify and address risk in the sports and entertainment industries.

Prior to joining Partners Risk Strategies, Perry owned several restaurants and operated a specialty transportation business. As a business owner, Perry oversaw and managed all day-to-day operations, logistics, employees, administrative and investor relations for the companies.

Perry had an outstanding 10-year career in the National Football League (NFL) with the Cleveland Browns, Denver Broncos and Kansas City Chiefs. His contributions and achievements throughout his football career include being a 6-time Pro Bowl participant, AFC Defensive Player of the Year (1989) and ACC Player of the Year (1987). Known for his remarkable quickness Perry was also nominated to the Professional Football Hall of Fame. for a defensive lineman, Perry is regarded as one of the best defensive linemen in NFL history.

Perry is known as one of the most popular Cleveland Browns players in franchise history. So popular, in fact, that McDonald’s named a sandwich – the “MDP” – after Perry, which it only sold in the Cleveland area.

Perry received numerous honors after his retirement from the NFL and was inducted in both the Clemson Athletic Hall of Fame in 2000 and the South Carolina Football Hall of Fame in 2016. He is an active member of the NFL’s Retired Players Association, participating in events benefiting a number of philanthropic causes. Perry also serves on the Board of CAPCO, the Clemson Athletics Properties Company.

Perry is an alumnus of Clemson University.